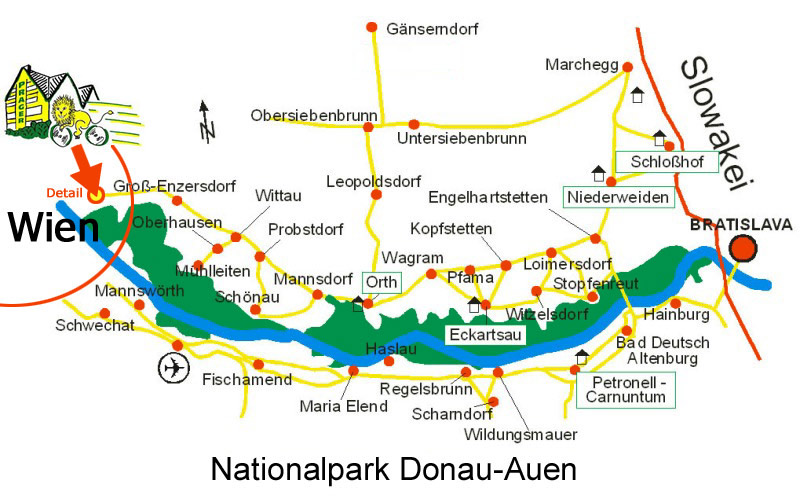 Hiking map Lobau is available at the National Park Forest Management Lobau or directly here at the hotel for € 2.

The National Park Donau-Auen has a various and eventful program for tourists: on guided hiking trips or by boat you will get into contact with the fascinating world of the Danube-riverlandscape. Special programs are available for children and adults, individual guests and families, schools and groups. What you need is enough time for discovering the whole park. Take your time over it - so your visit will become an unforgettable adventure.

Less than 20 minutes by car, in the East of Vienna, you can visit one of the most famous greenbelt recreation areas of the Vienneses, the March-Donauland. The Marchfeld with its fertile soil and vast plains, situated between the rivers Danube and March, influenced for centuries the history along the trade routes. Witnesses of the former imperial hunting grounds are the wonderful baroque castles.

A particular jewel of Austrian history is the castle "Schlosshof" 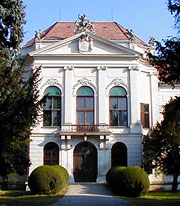 On Schlösserstraße you will come across "Schloß Eckartsau", which the last place that the Austrian emperor Karl I stayed in before he went into exile. You can enjoy a guided tour of this splendid baroque castle and the “From the Imperial Hunting Ground to National Park” exhibition.

The Eckartsau hunting lodge now houses an information centre where you can get an overview of the great variety of the “Donau-Auen”.

The "Castle Niederweiden" which passed during the 18th century, like Schlosshof, into the possession of Prince Eugen of Savoy, who in this way became one of the richest Marchfeld landowners. 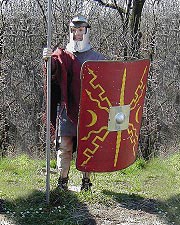 The archeological park Carnuntum (open-air museum), will arouse your curiosity!

Orth on the Danube

The visit of an originally reproduced boat-mill, situated on the river Danube, including cruises on a "Tschaike", a historical Danube-ship.

Get other insights into the traditional Danube-navigation, the mills and further offers clicking on

The WWF nature reserve "Lower Marchauen" (1130 ha) is situated on the northern outskirts of Marchegg. The biggest colony of white storks of Europe is at home here.

Das aus der Monarchie stammende Jagdschloss Marchegg, ist wie der Name schon verrät, Nahe dem Flussbett der The imperial hunting lodge Marchegg is situated near the river March. During the summer months various manifestations all about storks are held here, for example the three-day stork-festival in June or the solstice festival with a torchlight procession to the river March.

The Auland-adventure trips, offer a lot of surprises for you and your children.
https://www.auland.at/